What Your Farts Can Tell You About Your Health

...the surprising and health benefits of eliminating a little gas!


I know it’s embarrassing to talk about…

But everyone FARTS from time to time.  Yes, it may be humorous and disgusting at the same time, but farting is completely natural and may be able to tell you a lot of about your health.

So, even if the smell turns your stomach…or makes your face wrinkle…

It would be in your best interests to take a good whiff and see what your farts are telling you about your body.

What is a FART anyhow?

To break it down, farts are a combination of swallowed air and gases released by digestion.  When you eat, drink, chew gum, and eat way too fast, air accidently is “swallowed” and ends up making it all the way down to your intestines.

Swallowing air is one way that gases buildup, the other way is normal digestion of food particles by your tiny little gut bacteria. 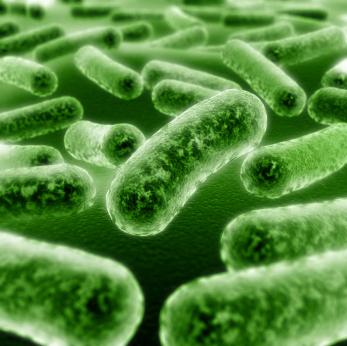 You see, when food, such as sugar and starches, is broken down by your body, gases are released (digestion by your gut bacteria produces 2 to 6 cups a day of gas!).

…well, let’s just say pressure builds and needs to be released somehow!  The air and gases travel down your intestines and escapes out of your body like everything else does.

But here’s the good news: If you fart on a regular basis (the average person releases 12 to 14 farts each day), then it’s a sign you’re getting enough fiber and your gut bacteria population is in pretty good shape.

No matter if your fart is LOUD or the silent-but-deadly kind, farting can tell you a whole lot of things about your body.

But how can you determine if a FART is healthy or not?

As previously mentioned, farting is healthy.  But if you’re experiencing gas pains…or extremely smelly farts, then your body may be trying to tell you something.  Let’s take a closer look:

Face it, most of the time your fart is not the most pleasant smelling thing in the world.  That’s because it may be giving you a sign that something is not right in your body. For example, if you immediately start farting after eating dairy, then it may be a sign that you’re lactose-intolerant.

But that’s not all.  If you find that every time you fart it’s plain awful, then there may be other conditions going on in your body.  You may have IBS, celiac disease, or an infection of your gastrointestinal tract.   Excessive farting…smelly farts…and gas pains may also be a sign of SIBO (small intestine bacteria overgrowth).

In SIBO, food is not properly digested and absorbed by your intestines (mainly iron and fat-soluble vitamins), which could lead to more gas produced and worse smelling farts.

Now, even though farting is a sign that there are good things happening in your intestines, it could also be a sign that things are NOT as good as they seem.


When there are changes in the microflora (the bacteria living in your gut), meaning more “bad” bacteria and less “good” bacteria, there could be more gas produced than normal.

Tip: If you want to fix the delicate balance between your good and bad bacteria, the best way to do it is through the use of probiotics.   Grab Your Supply Today.

…it’s largely due to a high amount of different gases being released from the foods that you’re eating.   A fart that smells like rotten eggs, for example, contains high levels of hydrogen sulfide (which could be toxic in large doses).

Other gases that are produced include methanethiol, which is commonly found in the human body.  This gas is also produced by eating a large amount of vegetables, including celery, kale, broccoli, and cabbage.   Also, farts may consist of high levels of dimethyl sulfide, which is present in foods that contain methanethiol.  This gas may also be produced by the digestion from certain gut bacteria.

Now, I wouldn’t recommend you go ahead and start smelling your own or someone else’s farts…

…there is new research that shows the gases found in farts may protect your mitochondria for damage and may even protect you from cancer (colon or others)!

Pretty amazing!  But there is a word of caution…

I know that you may be embarrassed when you feel a fart coming on, but it’s better “out than in” for your health.  It’s not going to kill you if you hold it in, but you do need to remember  that the gas will still be there.

Not letting the gas escape could lead to a buildup of gas in your intestines, which could end up resulting in stomach and gas pains and bloating.

How to Stop Farting and Find Relief

Not everyone wants to keep farting all the time.  So what do you do?  You find the easiest and safest ways to lower gas accumulation.  One way to do this is to cut back on the foods that produce a lot of gas.

Even though everyone is different and the production of gas from foods varies from person to person, there are a few common foods that lead to excessive gas and farting.  They include:


1. Beans—beans, as the song states, are a magical fruit that the more you eat the more you toot.  The reason why beans create so much gas is due to beans' high concentration of polysaccharides.  These sugars are easily broken down and fermented by your body.  This leads to the gut bacteria thriving and feeding off the fermented molecules, leading to more gas being produced.

2. Dairy—if you find yourself farting or having gas pains after having dairy, then there’s a good chance you may be sensitive to lactose.  Diary may be harder to digest for some people, which could lead to indigestion, stomach pains, and smelly farts.

3. Sulfur-containing veggies—these types of veggies (broccoli, cauliflower, kale, cabbage, etc.) contain a lot more fiber, certain types of carbohydrates, and sulfur, which lead to more gas being produced in your body. (These foods would be the last foods you'd want to avoid due to all the OTHER health benefits they provide!)

These foods could lead to excessive gas production, which could lead to more farting…more cramping and pain…and more bloating in your stomach.

The average person farts 12 to 14 times (some up to 20) per day, which is completely normal and healthy.  Farting shows you that your diet may be full of fiber and your gut bacteria may be healthy and balanced.

The majority of your farts are odorless, but the occasional stinky one may arise.  This could be due to a number of different ailments occurring in your body (IBS, IBD, celiac, lactose intolerance), but for the most part, it’s likely due to a high amount of sulfur-containing foods in your diet or other gases that may be produced by your gut bacteria.

One good thing about farting is it shows there is a healthy balance in your gut bacteria, but sometimes they get out-of-whack.   If you constantly have stinky farts or you have a constant buildup of gas, then your gut population may be out of whack.   And when that happens ,there is only one true fix to re-balancing your gut microbes and improving your digestion.

If you found this article informative and helpful, feel free to pass this on to your family friends, and co-workers. 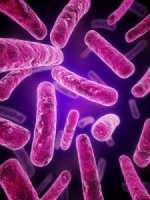 IMPORTANT HEALTH INFORMATION: Are You AVOIDING These Fattening Bugs? 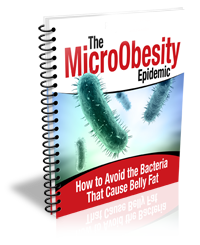 Download this FREE guide today and learn how to instantly avoid the bugs that make you fat:

[INSTANT DOWNLOAD] The MicroObesity Epidemic (and what you can do to stop it!) < = = yours FREE