Question on Krill oil and PMS. I've been taking Omega Icon and I just noticed that it mentioned this could be beneficial for PMS. I was wondering if there is any benefit or known research for increasing dosage during the PMS time (for healthy individual with PMS being more of an emotional component than pain). Any comments appreciated. Thanks.

There are many women who experience emotional and physical symptoms during PMS.

Most women, about a week before their period hits, may experience irritability, sadness, mood swings, bloating, breast tenderness, cravings, and even difficulty concentrating on certain task.

And there is a name for this period of time, which is termed PMS.

Some women experience symptoms so severe that everyday life gets interrupted and relationships may be strained.

Sure, it would be easy to pass blame, the medical community calls this period of time premenstrual dysphoric disorder.

Although researchers aren’t entirely clear what causes PMS or PMDD symptoms, many point to the fluctuations in the different hormones in the body.

Besides the increase in sex-hormone, progesterone, and estradiol, they also point to changes in the central nervous system that impact powerful neurotransmitters in the brain (GABA and serotonin).

There are two main brain-hormones that impact mood and brain behavior that could be keys to PMS and its associated symptoms.

Research suggests that the sex-hormones may prevent the binding of serotonin and GABA in the brain, which could explain the mood behaviors commonly experienced during PMS.

One nutritional therapy for PMS may be to consume a higher carbohydrate diet a few days before the onset of menses.

The reason: Carbs may be able to increase serotonin and GABA production.

However, not all carbs are created equally!  Complex carbs, like those found in whole grains, oats, sprouted grain breads, and brown rice, may be more effective at improving serotonin and GABA levels.

Not the kind found in milk chocolate or other refined and processed sugars and carbs.

Now to get back to your question…

There is not a lot of research out there on the benefits of omega-3 fatty acids (from fish oil or krill oil).

However, the little research there is shows that there may be some benefits.

Furthermore, another study showed that women taking just TWO grams of EPA and DHA for just two months had a reduction in PMS mood symptoms.

It’s important to note that this later study was conducted on adolescents.

Then, specific research with krill oil compared a daily dosage of 2 g krill oil for one month, following by 2 g daily for eight days prior to menstruation, and the two days during menses for another two months, to 2 g of fish oil in 70 women with PMS.

Results showed that krill oil at this dosage significantly reduced both the emotional (stress, irritability, depression) and physical symptoms of PMS after 45 days and 90 days, whereas the fish oil only reduced some of the physical ailments.

According to clinical studies, the reason why the omega-3 fatty acids from Krill oil may be superior to fish oil is the enrichment of the DHA and EPA in the brain.

The greater incorporation of the omega-3 fatty acids into phospholipid structures in the brain may lead to emotional balance and better brain neurotransmitter production.

To hammer the point home, the omega-3 fatty acids are often used in psychiatric treatment for depression, bipolar disorders, and other disorders of the brain.

Also, it’s important to note that many women with severe PMS symptoms may also have lower levels of DHA in their brain membrane structures.

Overall, slightly increasing krill oil dosage during PMS may reduce some of the emotional disturbances you experience right before your period. However, as far as specific research goes, there isn’t any that we know of.

But, there is research that does clearly point to improved mood with regular omega-3 EPA and DHA intake, with krill oil being more effective than fish oil.

NEXT: Why Fish Oil Isn't As Powerful As Krill Oil

Deligiannidis, KM and Freeman, MP. Complementary and Alternative Medicine for the Treatment of Depressive Disorders in Women. Psychiatric Clinics of North America 2010; 33(2) 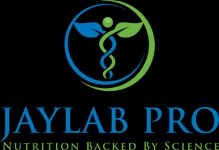